The Federal Communications Commission is currently considering a dramatic rule change that would allow more media consolidation in the U.S. We've learned that the FCC may try to hold a secret vote on this proposal — possibly within the next two weeks.

We need you to tell Congress to put the brakes on the FCC’s giveaway to big media.

The FCC wants to eliminate some important “cross-ownership bans.” Without them, one company will be allowed to own a daily newspaper, two TV stations and up to eight radio stations in your community. That one company could be your Internet provider, too.

The Bush FCC tried to push forward a lot of the same rule changes and Congress — including then-Sen. Barack Obama — rose up in protest. The Senate even voted to overturn the FCC rules.

We need Congress to stand up to the FCC again. Please make a call today.

Wondering what else you can say when you make your call? Check out our infographic for some good talking points. 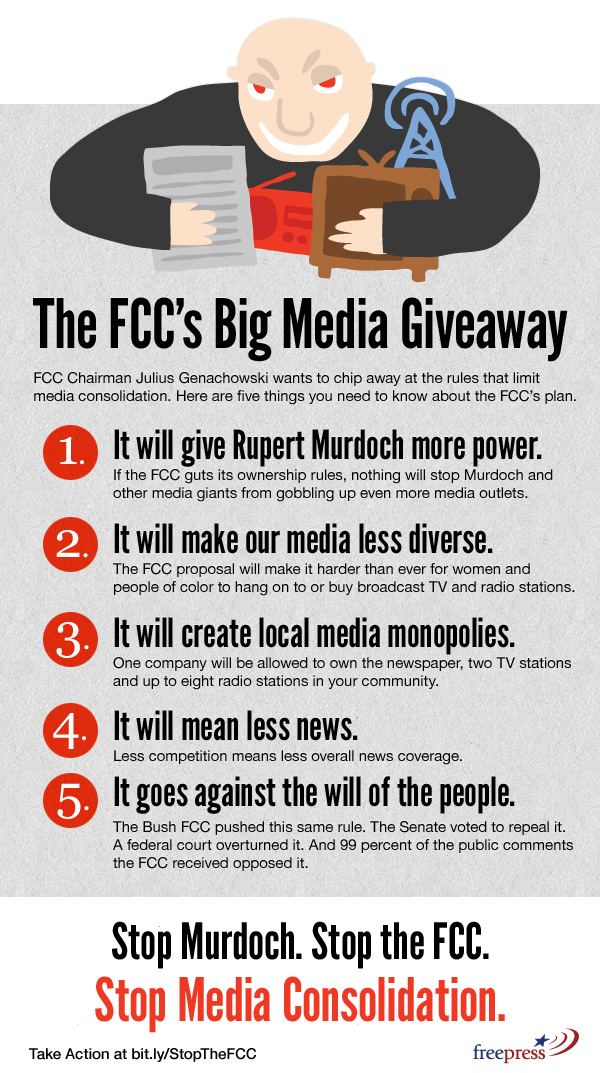