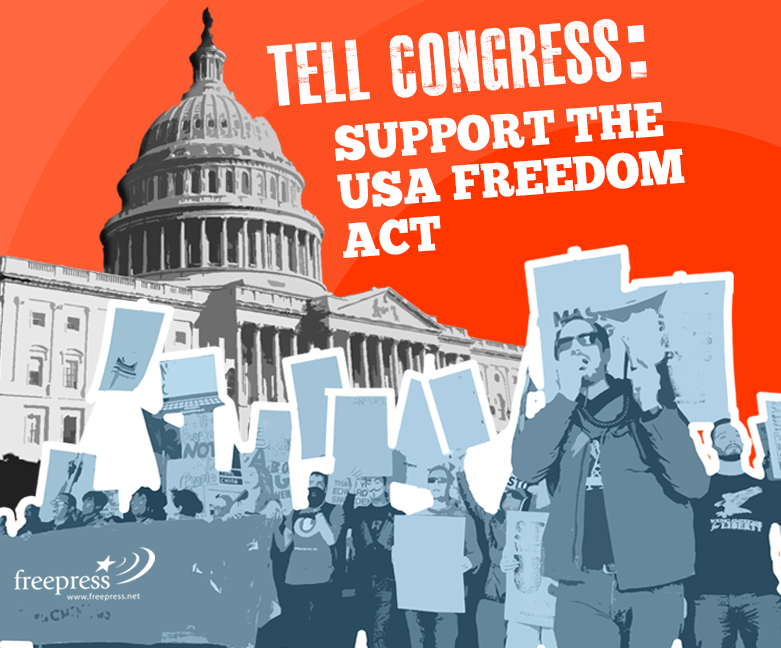 Rep. Jim Sensenbrenner and Sen. Patrick Leahy just introduced the USA Freedom Act, which would end the NSA's bulk collection of our phone records and require more oversight and transparency of the agency's domestic surveillance programs.1

This bipartisan bill would stop one of the NSA's worst spying programs — limiting the agency to collecting data on actual targets of criminal investigations. And it would mean the end of the NSA’s “back-door” warrantless searches of Americans’ private information.

The momentum has shifted in our direction. Thousands of people attended the Rally Against Mass Surveillance2, foreign heads of state have expressed outrage over NSA spying — and your emails, phone calls, social-media shares and chats by the watercooler have changed the conversation about government surveillance.

But we need to keep the pressure on. Local and federal agencies are monitoring our phone calls and mining our Internet use. They’re tracking millions of innocent people and targeting communities of color, immigrants and Muslim Americans, who live in fear of these programs. And these agencies won’t stop until people from across the country and across the political spectrum unite in opposition.

At a moment when journalists are under attack like never before and the open Internet is in peril, we need to make sure Congress comes out in support of this bill.

Tell Congress to Protect Our Privacy and Pass the USA Freedom Act.