Don't Let Congress and Broadcasters Keep You in the Dark 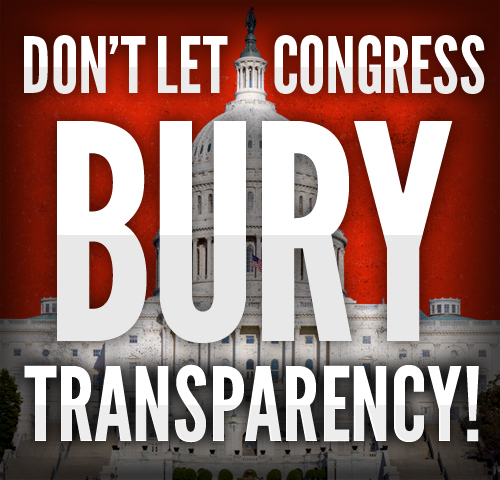 A House Appropriations Subcommittee recently ruled on a measure to decrease transparency for political ads aired on local television stations.

If signed into law, this bill would deny the public better access to information about the wealthy corporations and individuals that are inundating our airwaves with misleading political ads in 2012.

The FCC decision was a milestone in the fight for better democracy. Yet as with any hard-won reform in the age of big-money politics, this change is being attacked by unscrupulous members of Congress who put the interests of corporate lobbyists before those of everyday Americans.

Please sign this letter to your members of Congress and demand that they serve the public first.

In this post-Citizens United era, we can't let broadcasters hide their political profits.

Read more about the Committee vote and the legislators who voted to bury transparency: http://billmoyers.com/2012/06/07/house-subcommittee-tries-to-hide-political-ad-info/