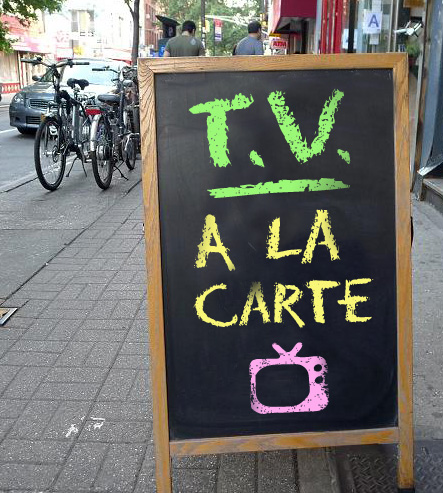 Senators: Give Us the Freedom to Choose Our Cable Channels

Sens. John McCain and Richard Blumenthal are sponsoring the Television Consumer Freedom Act, a bill that would allow us to pay for cable channels individually, giving us more control over what we choose to buy and watch.

Forced bundling is a symptom of our dysfunctional, competition-free cable system in which content providers (ESPN, Fox News, HBO) collude with cable companies (Comcast, Time Warner Cable) to push us into paying for hundreds of channels we don't want — and to keep our cable and broadband bills climbing higher and higher.

The Television Consumer Freedom Act wouldn't outlaw bundling. But it includes an a la carte option that would allow consumers to pay for only the channels they actually want to watch. What a concept!

Tell Your Senators to Support the Television Consumer Freedom Act.