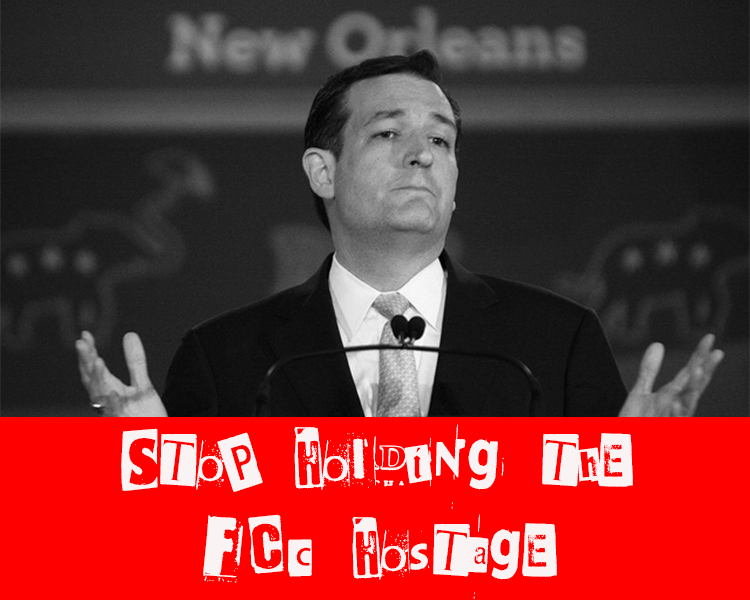 The government may be open for business, but Ted Cruz still wants to shut things down.

Cruz is trying to block a vote to confirm Tom Wheeler as the new Federal Communications Commission chairman. Why? He’s worried that Wheeler will push broadcasters to disclose the names of the big-money donors funding all those toxic political ads.

But don’t we have the right to know who’s trying to influence us?

Not according to Cruz, who would rather keep us in the dark.