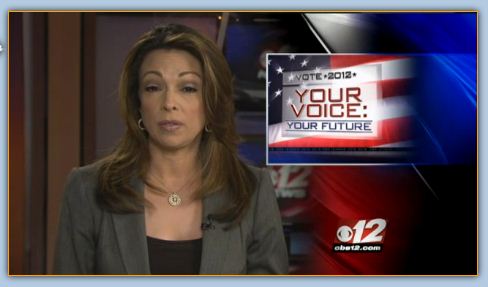 We Want News, Not Propaganda

Sinclair Broadcast Group is up to its dirty tricks again.

Hours before Americans went to vote on Tuesday, the media giant — which owns more than 70 TV stations nationwide — forced newscasters in battleground markets to air a “special” that attacked President Obama’s positions on health care, jobs and foreign policy.

An anchor at ABC affiliate WSYX in Columbus, Ohio, later tweeted that the station was forced to run the program. “I didn’t have a choice, dude,” anchor Yolanda Harris replied to a critic. “I guess you’re the better person. I need my job.”1

Sinclair's action is an outrageous attempt to abuse the airwaves and manipulate public opinion. Stations are granted access to the public airwaves in exchange for providing news and information that serve the public interest. But Sinclair is using its media muscle to dress up political bias as journalism.

Don’t Let Sinclair Get Away With It. Tell the Company to  Stop Airing Propaganda