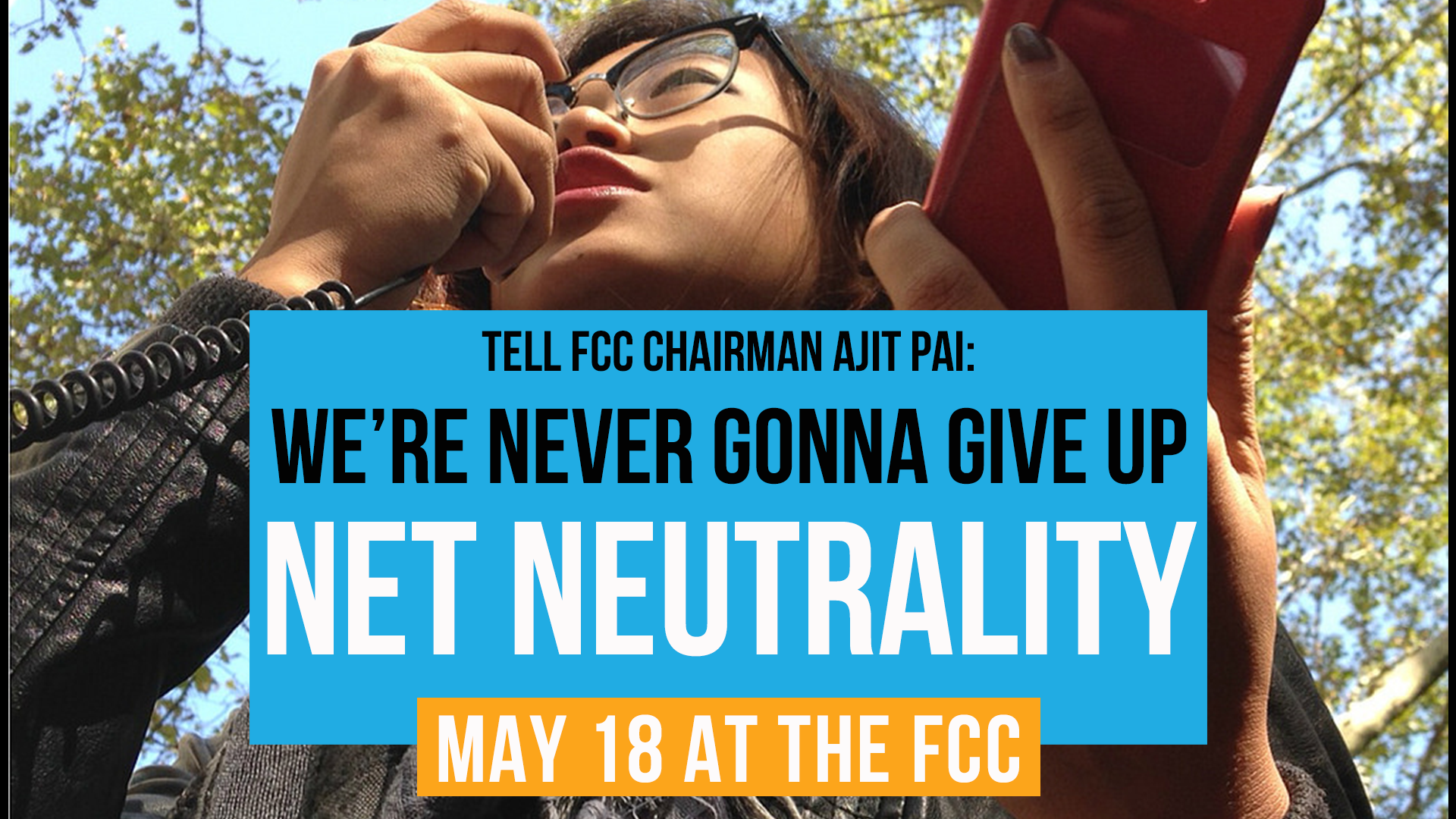 May 18: A Rally to Save Net Neutrality

FCC Chairman Pai is moving ahead with his plan to gut Net Neutrality. At a meeting on May 18 he will officially release his awful proposal — and we’ll be there to represent millions of people who need Net Neutrality and will fight for it.

WHAT: A Rally to Save Net Neutrality
WHEN: Thurs., May 18, at 10 a.m.
WHERE: Outside the Federal Communications Commission, 445 12th St. SW, Washington, D.C.
WHAT TO BRING: Bring friends and signs defending Net Neutrality

The rally will feature speeches by Net Neutrality champions, music and chanting. We’ll get loud, show that we won’t back down and bring our message right to the FCC’s doorstep.

People depend on the open internet, but Pai refuses to hear the people his agency is supposed to serve. Instead he wants to hand over the internet to his corporate friends at AT&T, Comcast and Verizon and continue the Trump administration’s assault on free speech and political dissent.

Let’s show Pai what the internet is made of. Join Free Press Action Fund to rally for Net Neutrality on May 18.